There is no shortage of pubs in the United Kingdom. Social life seems to hinge on them, rotates around them and depends on them. 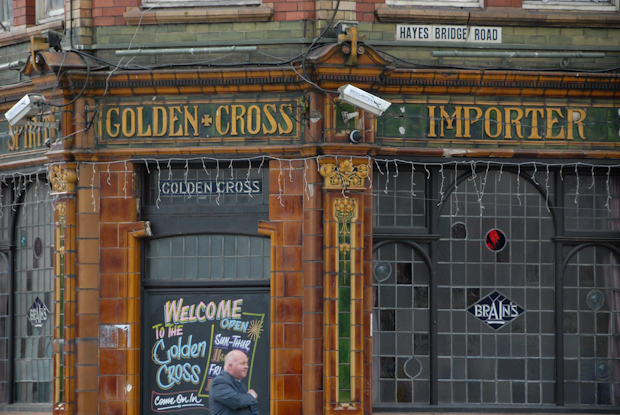 To my own surprise I realize that my alcohol consumption has significantly increased since I entered the United Kingdom. Sure, the blame is on me, but the local culture helps. On a sunny morning in Bristol a man walks up to me, shows my a metal cylinder. “My can is empty”, he says. “I need another one. Spare a pound.” He is somewhat hard to understand, so I doubt that I have heard correctly and ask him to repeat his request. He really did say it. I hesitate, which lets him loose his temper: “Money!” I politely decline to contribute to his drinking fund. That this episode might be symptomatic of some sorts dawns on me when in Manchester I see this sign: 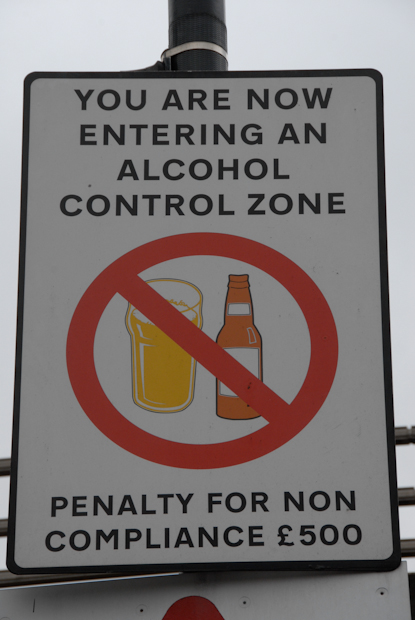 One night in Leeds a group of costumed youths cross my way in a kind of random walk. One of them is carrying a chair. He places it in the middle of the street, sits down and waves at the oncoming traffic. They honk back. He seems to take this as a kind of encouragement. I high-five another guy and may pass.

I cannot say, but maybe it were the effects of alcohol the artist had in mind, when sculpting this:

In a train I see a sign that says: “Smile! You are on CCTV”. Indeed, wherever I look there seems to be at least one camera smiling back. An abundance of security devices appears to watch over the british public.

In some places I see that all this attention fails to keep litter off the streets. No worries, animal scavengers help with the clean-up: the furry-taily ones, and  the feathery-beaky ones. This one I met near the coast. 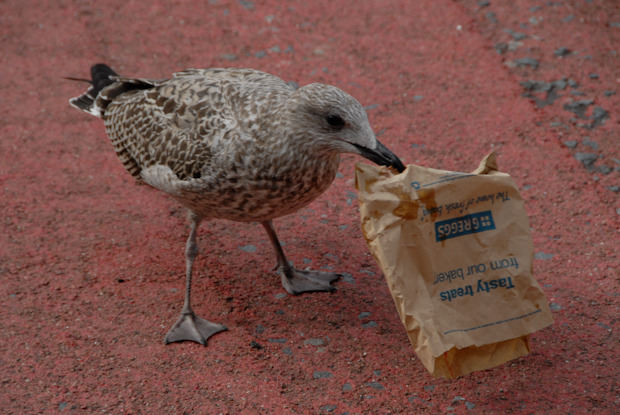 From drink to food. On my second day in Leeds I have fish & chips with mushy peas which puts me in a digestive coma for two hours. Why would anyone want to do that to peas? On other occasions I have a genuine English breakfast, Cornish Pasty and Yorkshire Pudding. In a place in York …

… a friend and I have buttered Scones for Tea. 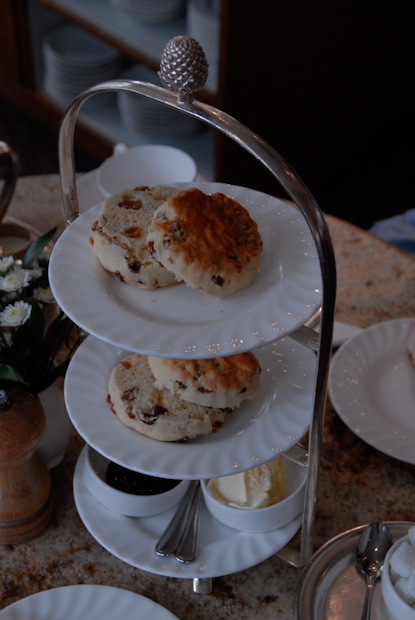 I really enjoy the experience. I notice that the people around here on average appear to be bigger, not necessarily taller, than in other parts of the world.

You have to try the Scones!